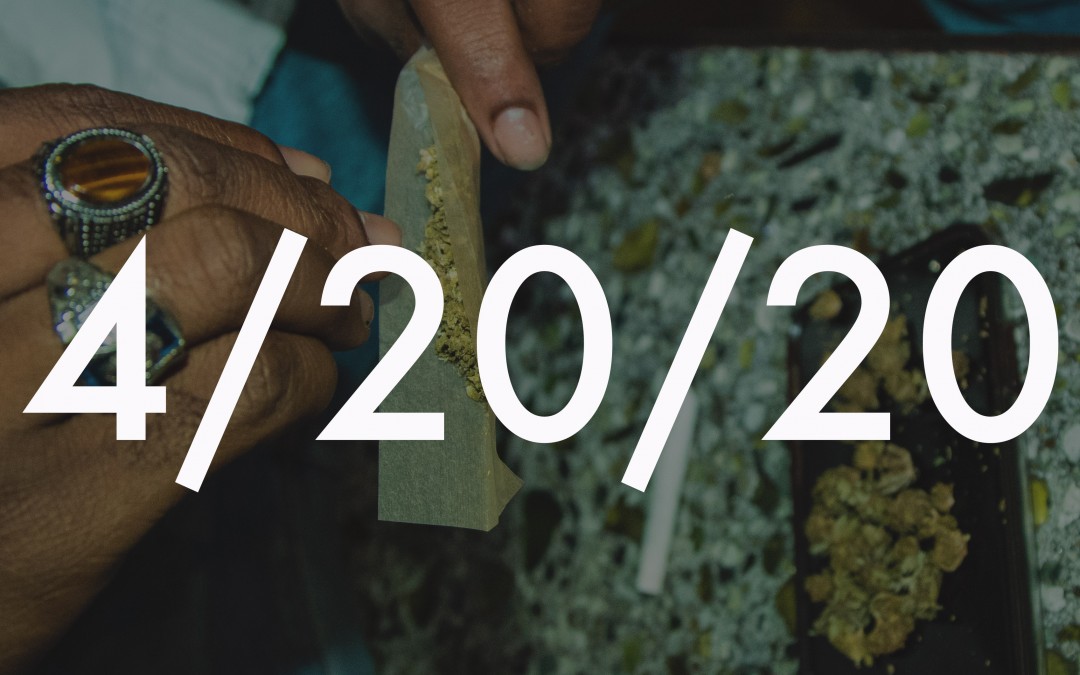 This year is 4/20 all month long! In celebration, let’s take a closer look at what makes this day so special and how it became a holiday in the first place.

There are a lot of rumors on how 4/20 started. Here are just some:

The most credible and generally accepted origin story of 4/20 begins in 1971 in Marin County, CA with the “Waldos.” 5 students (Steve Capper, Dave Reddix, Jeffrey Noel, Larry Schwartz, and Mark Gravich) at San Rafael High School would meet regularly at 4:20 pm to smoke weed. 4:20 was chosen because it’s when the majority of extracurricular activities ended and it became their code word for weed. The group of students became known as the “Waldos” because they would meet and hangout at a wall at the high school.

Normally slang being used by a small group of students doesn’t become a globally recognized term. Dave Reddix, one of the students, however, went on to work with the bassist for the Grateful Dead and it’s there where the term really took hold. On December 28, 1990, a group of Deadheads in Oakland allegedly passed out flyers for smoking weed at 4:20pm on 4/20. In 1991, the flyer was printed in High Times Magazine, officially solidifying it as an official code for marijuana.

Since then, the term has grown to become the official holiday for stoners and the Green Friday for Dispensaries. We have the Waldos, The Grateful Dead, and High Times to thank for our favorite day of the year!

Besides cannabis, 4/20 also happens to be National Look-Alike Day and Chinese Language Day. Do with that information what you will.

Since we’re talking about 4/20, let’s look at some other events in history that happened on this day. Great for trivia…

Here are some famous people that share their birthday with the greatest day of the year:

4/20 has become a very special day for anyone who partakes in cannabis. Its humble beginnings are pretty appropriate in our opinion and this year will definitely be one to remember. We’re lucky to finally be able to enjoy cannabis legally and share the benefits of this plant with others. That being said, this year has also brought us a lot of challenges. With the COVID-19 pandemic, we are approaching the day much differently. Our top priority is keeping our staff and communities safe while still providing safe access to cannabis. Please read the precautions we are taking here and please order online ahead to cut down on the time spent in store and any social interactions.