The Museum Of Weed Part One 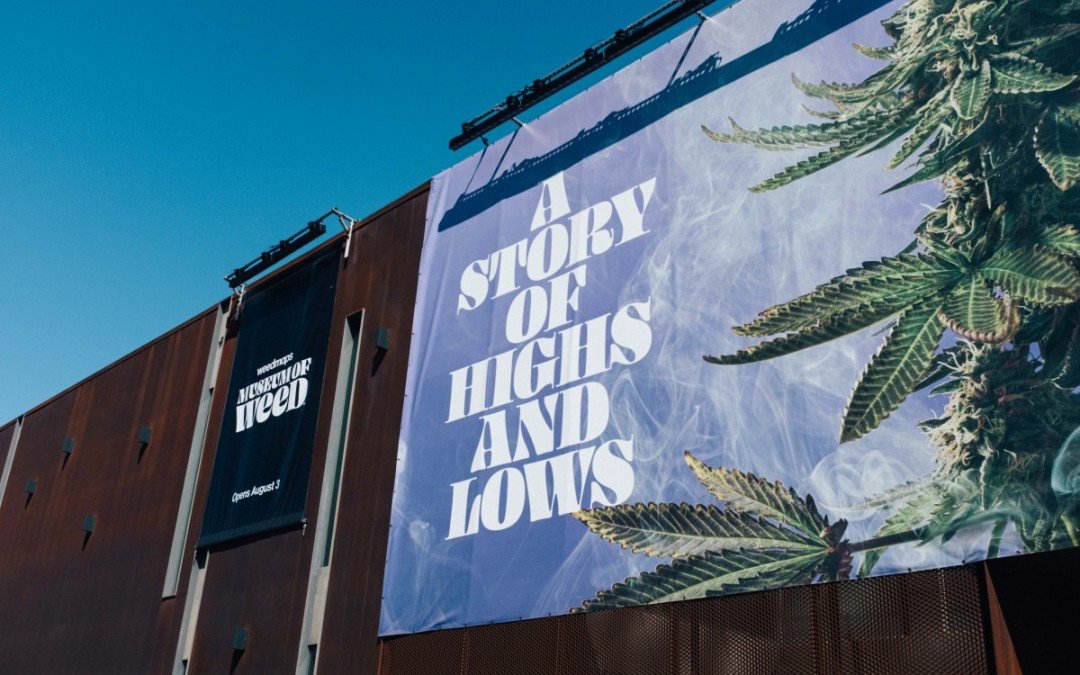 An experience unlike any other and a must-see for the canna-curious and connoisseur alike, The High Note had the great pleasure of touring The Weedmaps Museum Of Weed.  Having set up its temporary home in our shared city, Los Angeles, we head into the heart of Hollywood to see where it all began.   Over the next three weeks, we’ll be walking you through some of our favorite exhibits, eras, and artifacts on display.

The Era Of Pre Prohibition 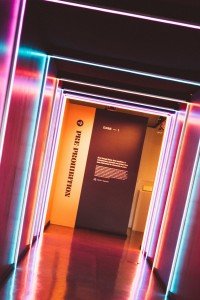 Long before its outlaw, cannabis and hemp were intricately interwoven amongst different cultures and for various purposes.  From consumption to production, we lived in harmony with this plant for thousands of years.  When seeking out the plants history, we find ourselves in the cornerstones of civilization itself, bringing us into our first exhibit.

Travel through time (and a photo-worthy hallway) to find some of history’s earliest inclusion of hemp and cannabis. You will find yourself surrounded by artifacts.  Armor of a Japanese Samurai from the Edo era (dating back to 1603) stands proudly in the middle of the room, while a 1776 Betsy Ross American Flag accents it on the wall to the left.  Upon further investigation, you find that both items have endured the test of time, and both have been woven out of…hemp! 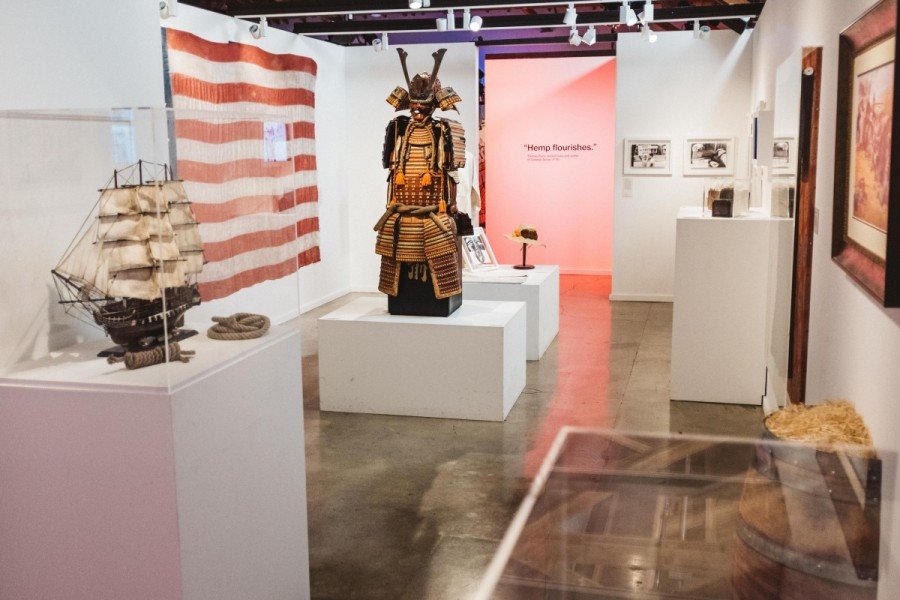 From a commodity of industry and ancient medicine to painkillers in early Greece, the room is bursting with relics that explore the versatility of our favorite plant.  A civil war painting reveals the critical role hemp hay bales played in 1861 at the Battle Of Lexington.  By soaking these bales, they utilized them as protection from gunfire, and this battle was commonly referred to as the “Battle Of Hemp Bales”  before we disappropriated ourselves from the plant.

Further, into the corner of the The Weedmaps Museum Of Weed room, you’ll find a collection of apothecary bottles, all from the early 1900s.  Each one tote cannabis on the label, when Dr. William Brooke O’Shaughnessy introduced medicinal cannabis to the west after traveling in India. 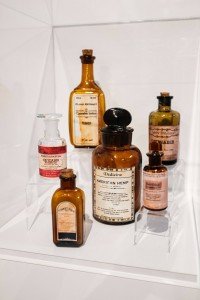 Although we pride ourselves on being at the forefront of therapeutic marijuana care, at this time, some 280 manufacturers produced over 2,000 different commercially available medicines that contained cannabis!   Much like today, these items were used as a treatment for many ailments, including melancholia, migraines, and sleeping aids.  This medication was available almost anywhere in the form of pills, tinctures, balms, and elixirs.  It’s about time we welcomed back a natural source of relief used by our forefathers.

What role has cannabis played in history, and where are we headed? 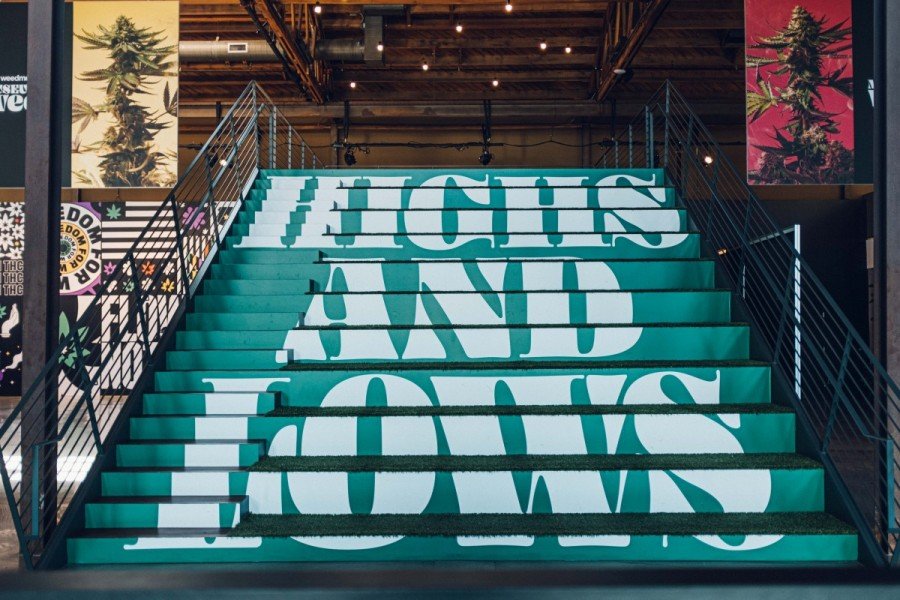 What role has cannabis played in history, and where are we headed? Just a few of the overlying questions addressed and inspired throughout these seven exhibits. P.S. if you haven’t had the pleasure of visiting the Museum of Weed yet, don’t fear! They have extended this limited run through October. Head over to themuseumofweed.com to grab your tickets now.

Otherwise, stay tuned as we unravel the highs and lows of cannabis next week into the “Age of Madness” which marked The Marihuana Tax Act Of 1937, the first federal ban against cannabis that sparked a dark turn toward marijuana criminalization. We’ll explore movies, newspapers, and other political propaganda that ran rampant with misinformation, and created the first backlash against this peaceful plant in American culture….