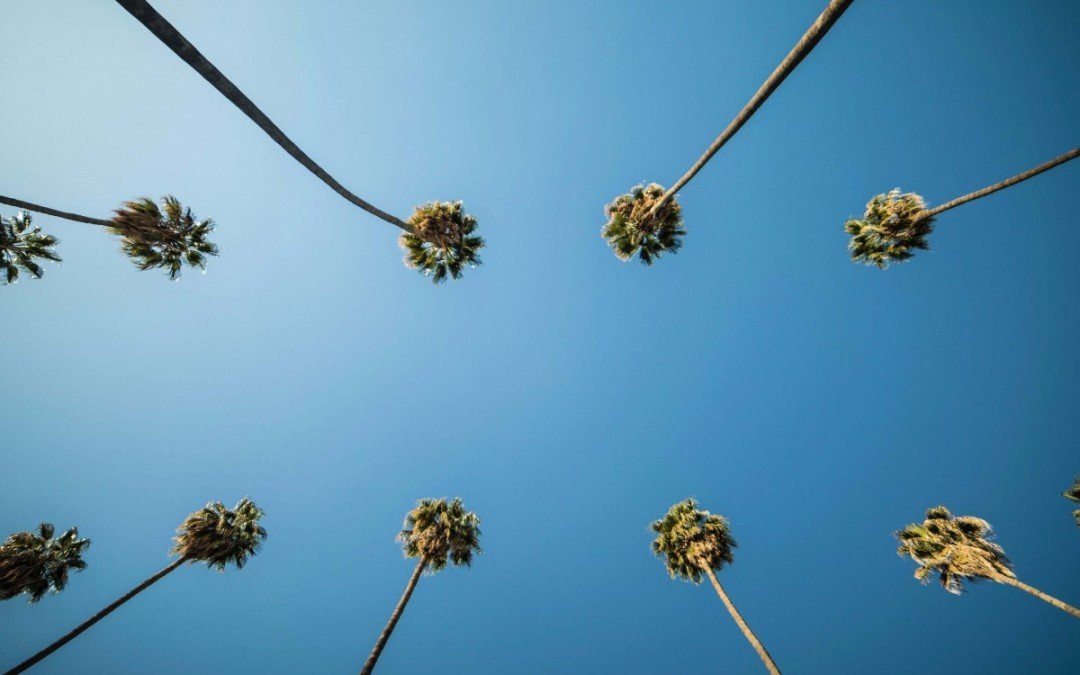 Taking your first California weed vacation and looking to try the local herb this summer? Or maybe you’re a local playing host to visitors who’ve always dreamed of having a Cali cannabis vacation? Either way, you’re in luck. Not only does The Golden State have enough sunny skies and epic scenery to prove it’s the perfect summertime weed vacation destination, enjoying cannabis is legal statewide for all adults aged 21 and older, no matter where they’re from.

If you’re like us, having a little weed handy adds a dose of euphoria to every sightseeing adventure. After landing at LAX (and believe us, you’ll want some mood adjusters after any experience at LAX) make a stop at The High Note Culver City – we’re just a few minutes away. You can even check out our current menu ahead of time and place your order for pick up here. Then once you’re stocked up, check out one (or all) of our 10 favorite LA landmarks.

Lose yourself at the LA County Museum of Art

Indulge in a puff or low-dose edible before visiting the largest art museum in the western United States. Wander LACMA’s permanent collection of works from such masters as Diego Rivera and Pablo Picasso, or explore its rotating roster of thought-provoking exhibitions – either way, you’ll be mesmerized.

The La Brea Tar Pits is the only active Ice Age fossil excavation site in an urban location in the entire world. Hit your favorite hybrid and check out everything from the bubbling asphalt of the Lake Pit, to the fossilized remains of saber-tooth tigers and other prehistoric creatures. Mind. Blown. 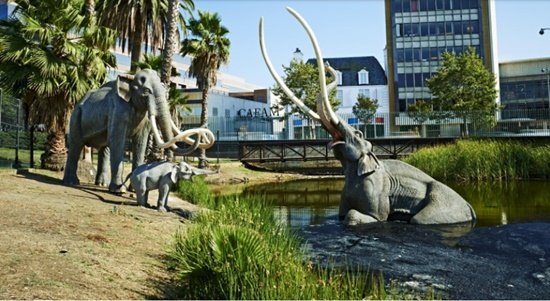 Get the giggles at a comedy show

Weed makes everything funnier, so why not seek out a little humor from the folks who do it best? From improv to stand up and all the hilarity in between, UCB Theatre, The Comedy Store, and The Laugh Factory are just a few of the LA venues on a mission to tickle your funny bone.

Cannabis and music are perfect soulmates, and KCRW’s Summer Nights has been delighting music fans for years with free concerts in various SoCal locations including Santa Barbara, Long Beach and Santa Monica. Dates run through the end of September, so there’s plenty of time to pack a pre-roll and go. 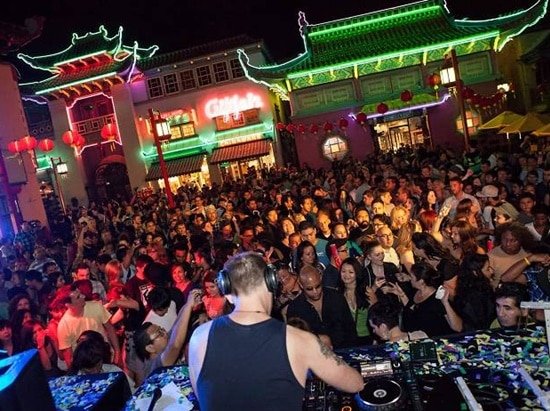 The Grand Central Market has been highlighting the diverse flavors of LA in the heart of downtown since 1917. From deli meats to tacos, savory to sweet, whatever the munchies demand Grand Central is ready to serve. 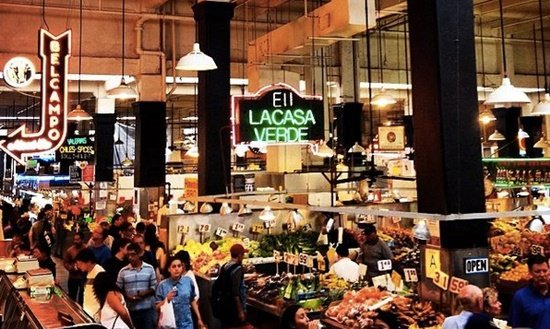 If hanging out a large indoor market feels overwhelming, track down a local Farmer’s Market. From Compton to Downtown, East LA to Hollywood and beyond, there are lots of them in neighborhoods all over LA. Grab your vape and pick a direction.

Choose your own adventure at Venice Beach

When that creative high kicks in, there’s no better place to be than Venice. Whether you feel like chilling on the beach and absorbing the majestic Bay views, vibing with colorful locals on the Boardwalk, or doing bench presses at Muscle Beach, there’s plenty of fun to be had here. 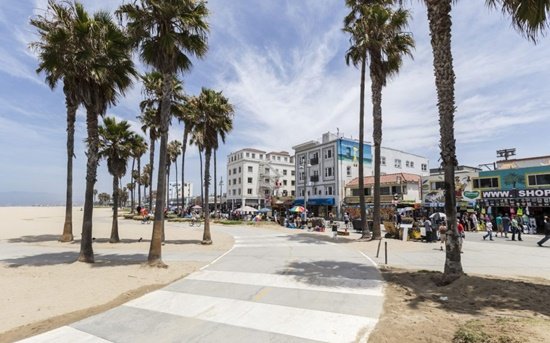 Get active (or not) at Griffith Park

Griffith Parks blends natural wilderness with urban parkland and a multitude of activities perfectly suited for weed. Microdose before going on a bike ride or a swim. Or if quiet contemplation is more your speed, hang out in one of the gardens, go on a hike, or enjoy incredible views of the city from Griffith Observatory. 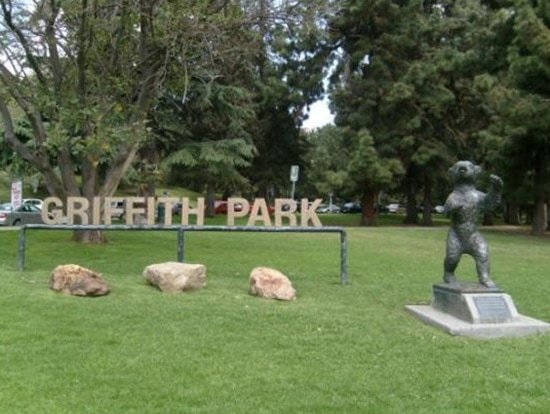 Seek a few thrills at an amusement park

Home to Disneyland, Universal Studios, and Knott’s Berry Farm and others, Southern Cali is practically bursting with amusement parks. Whether you’re looking to take a euphoric ride on a rollercoaster or simply love people-watching, take a low-dose edible and bring on the overstimulation. 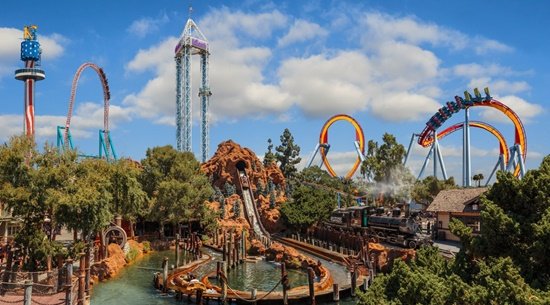 Get meta at the Museum of Weed

What better way to celebrate California weed vacation than at Weedmaps’ Museum of Weed pop-up? With 30,000 square feet of exhibits covering everything from cannabis use throughout history to the impact of the War on Drugs, you’re sure to come away with a deeper understanding of everyone’s favorite plant. 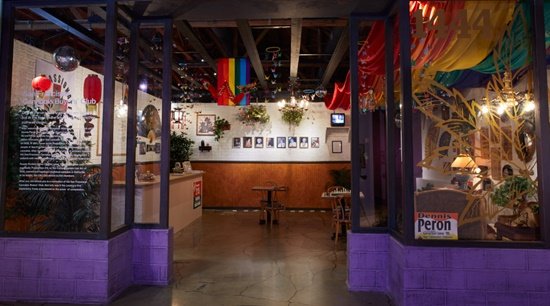 Be a responsible cannabis consumer

Wherever the road takes you, please remember to consume responsibly. Driving or operating machinery under the influence of cannabis is illegal and dangerous, so always take an Uber, Lyft, taxi, or designate a driver if you’ve consumed cannabis (seriously, driving and parking is a hassle in LA – make your California weed vacation easier and more enjoyable by hiring a ride).